North County Veterans Stand Down is an annual four-day event in Vista, California, that enables homeless veterans from across San Diego County to receive much-needed services in a safe, friendly, drug-free and secure environment.

During their stay at the NCVSD, homeless veterans, their families and pets will receive food, lodging, clothing and a variety of services to help them both physically and mentally.

The idea of North County having its own stand down was first introduced by Tom Cowan of Escondido in 2015. With an estimated population of over 80,000 veterans in North County alone, Mr. Cowan believed that our community should come together and help the less fortunate veterans and their families.

Inspired by and modeled after the San Diego Stand Down, Mr. Cowan started speaking to different veteran organizations and like-minded individuals and finally after a year, the organization was brought to fruition and established as a non-profit organization.

With contributions from veterans groups such as local posts of the American Legion and Veterans of Foreign Wars, along with community members and leaders from a variety of different organizations, the first North County Veterans Stand Down took place in 2017 at the Green Oak Ranch in Vista.

Now after two North County Veteran Stand Downs, over 300 homeless veterans have been helped. More than 3,000 meals have been served and $112,000 in court fines have been forgiven. Many of the guests have received dental care and 150 pairs of glasses were made on site.

More importantly, though, over 30 of the homeless veterans that attended one of the Stand Downs have been moved into housing with the help of the NCVSD and its affiliates. 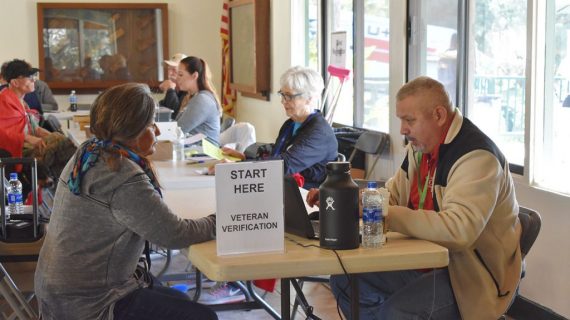 To restore in our veterans the dignity they earned and empower them to become productive members of our community.

Ensure that our veterans are respected for their service, receive their earned benefits, and become self-sustaining members of our community. 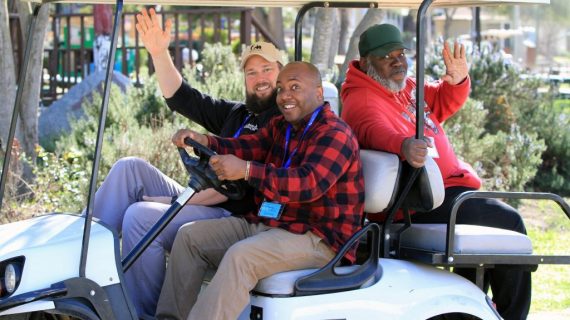 What We Have Accomplished

The Impact We Make By The Numbers

We provide all Veterans, homeless or in need, with the tools and resources to be self-sustaining members of society. 100 of these Veterans gained permanent housing.

Eyeglasses were made and distributed on site along
with eye exams.

Fines cleared for infractions such as loitering, camping, or sleeping in your car. This enables Veterans to get a job and be able to pay for their living expenses.

With the support of various organizations and business, we have been able to provide Veterans with necessary dental work at no expense
to them.